The Wild Iris Inn in LaConner, Washington can be described as a small, intimate boutique hotel, country inn, romantic retreat, but certainly never ordinary. Located in downtown LaConner, Washington, the inn is a short four block walk to the Swinomish Channel and the unique shops on First Street. We are a short 20 minutes from the Anacortes Ferry, gateway to the San Juan Islands, 1 hour north of Seattle, 1 1/2 hours south of Vancouver British Columbia and a great base from which to explore Mount Baker, the Northern Cascade Mountains and the North Puget Sound. LaConner is home to the Skagit Valley Tulip Festival each April. Purpose built as an inn in 1992, the 11,000 sq. ft. Wild Iris Inn features 16 guestrooms. 9 Deluxe King Suites have large two-person in-room jetted spa tubs, fireplaces, private balconies/decks and too many other amenities to mention. 3 King Suites have fireplaces and large two-person jetted spa tubs on a deck right off each room. 4 Casual King Guest Rooms are designed for great comfort and value. We also have a casual dining room with tables set up for two. 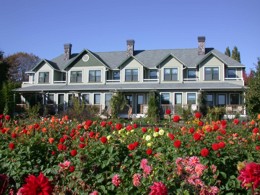 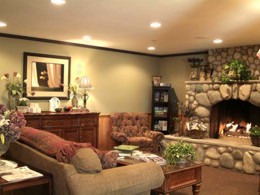 Most Recent Traveler Reviews
Very pleasant stay, pleasantly surprised at the quality of the delivered breakfast!

"La Conner is a unique place...964 residents and 21 restaurants, in addition to several hotels and B&Bs. We arrived just as check in began and it was quick and effortless. The room was somewhat small...read more"
written Apr 17, 2021 by Mark F
Need that PERFECT get-a-way - DONT COME HERE

"2 stars... earned! 80 degree room... No hot water for jacuzzi room you paid for, No microwave or refrigerator..ughh!! Planned a much needed get away.. just went thru surgery for cancer... need to...read more"
written Apr 6, 2021 by robynmN1461KG
Nice on the outside, no real hospitality!

"Our stay began with having to call the desk person to come to the Wild Iris to open our room. The cookies were a nice touch, but we hard. Our breakfasts were terrible--incredibly disappointing. We...read more"
written Mar 23, 2021 by davidh787
Write A Review | Read All Reviews
© TripAdvisor 2021
Select Registry Member