In 1983 Nora and two partners bought the house and began an extensive renovation. Period light and bath fixtures were restored, old carpet and wallpaper stripped away, wood refinished, and antique furnishings brought in. The Inn opened in 1984 with five guest rooms on the second floor. In 1987 the third floor renovation added three more guest rooms. Then in 1991 the Ricketts-Folsom House (The West House) next door went up for sale. The house was purchased, extensively renovated, and opened in 1995, adding four more rooms to the Inn. The West House is older than The Rogers House, built in 1909. A.C. Ricketts was a prominent Lincoln attorney at the turn of the century. His descendants were the Folsom family who donated the Folsom Children's Zoo to the city (just five blocks east on 27th Street). The West House reflects a Frank Lloyd Wright/ arts and crafts influence. Beautiful golden oak trim, large windows and an inviting front porch beckon guests to pause and refresh. Both The West House and The Rogers House have the distinct honor of being declared local historic landmarks. 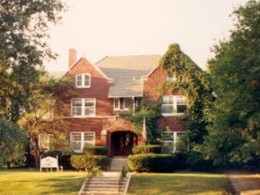 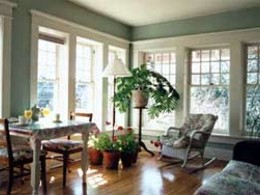 Location Maps
Please write a review, or leave a comment, for fellow traverlers to read if you have stayed here in the past.